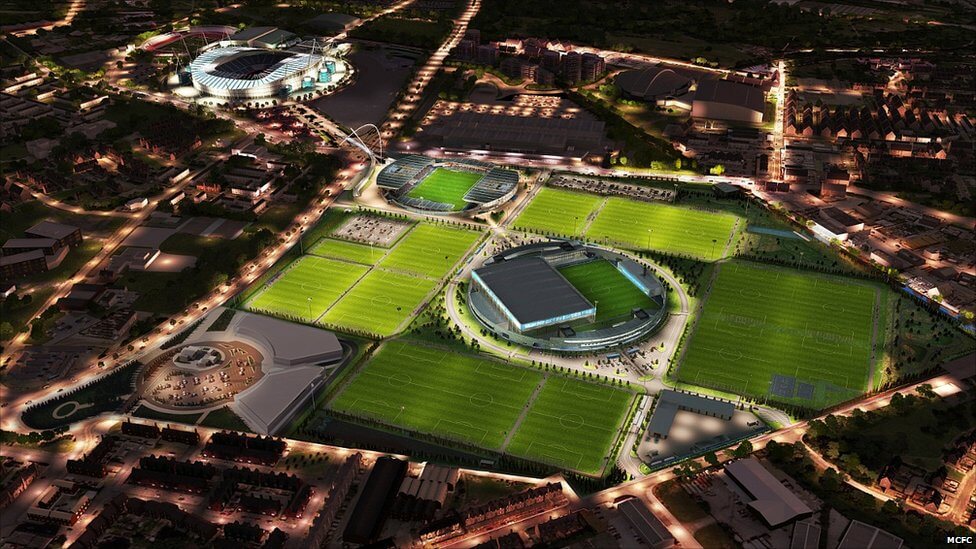 As part of ongoing regeneration in East Manchester, main contractor BAM undertook an £88 million, three-phase infrastructure development for a new stadium and sports training centre for Manchester City Football Club on their existing Clayton site. Construction of the new 7,000-capacity stadium, 17 training pitches, and accommodation facilities began in November 2012 and was completed in June 2014. Phases 2 and 3, which include expansion of the existing Etihad stadium, new facilities, and landscaping of the general area, are expected to conclude in 2018.

The Phase 1 development footprint was an 80-acre brownfield site previously occupied by a dyestuffs company, which had contaminated the soil and rendered it unsuitable for construction. Main contractor BAM, a leader in sustainable construction, was keen to commission the services of professional and experienced teams who could develop the site for the intended building use by regenerating a usable mass that would also promote long-term sustainability.

The future is greener than the new football pitches

Not only did the reclaimed land allow construction on the site to progress, but the soil was also fertilized after treatment, and more than 6,000 English and European trees were planted to enhance aesthetics and promote a natural environment. The density of the new plantings contributes to greenhouse gas emission reduction. The regeneration that EMS (UK) LTD design teams helped coordinate achieved a 62% local labour use rate, important for the main contractor’s performance target. Within one month of the completion of the new stadium and training centre, Manchester City was able to bring their first team on site to use the state-of-the-art facilities.

As part of a £1 billion regeneration programme for southeast London

Provided a dedicated monitoring area for energy and water consumption during the first two phases of this development.

Adjust their utility usage to save time and resources using the tailored package EMS provided.